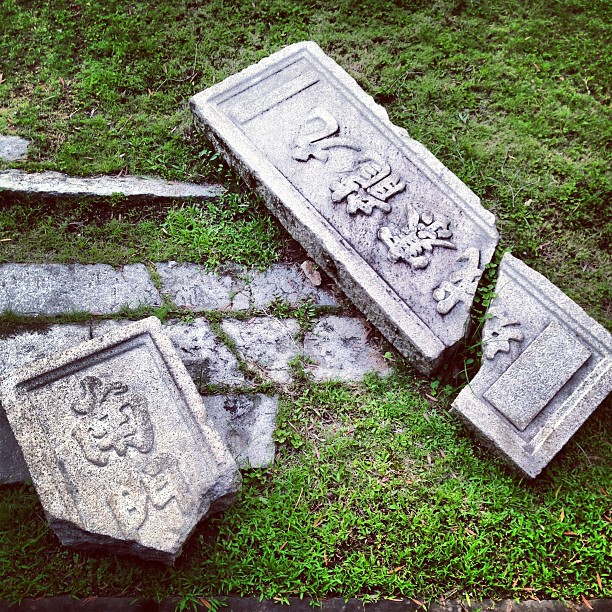 This is all that remains of the Kowloon Walled City. You may have heard the name before, like the Chunking Mansions it has become a romanticised image of Hong Kong’s darker past.

The stone plaque above represents what used to exist of the original Kowloon Walled City, the fort. Before it became the huge concrete sprawl that the name is now known for, it used to be a Song / Qing dynasty outpost. This is what remains of the fort’s South Gate.

Later, as modernisation crept in, the old fort became a sprawling concrete no-mans land. There’s a great coffee table book out on the subject: City of Darkness. I have it sitting on my desk, it provides a photographic glimpse into the lives of people who lived in the Kowloon Walled City. The book also has interviews with the former inhabitants of the walled city making it a great look into a world that no longer exists.

If you’re not the paper-bound type, the Hong Wrong blog has an excellent write up (with loads of pics) of the history of the Kowloon Walled City which can be found here.