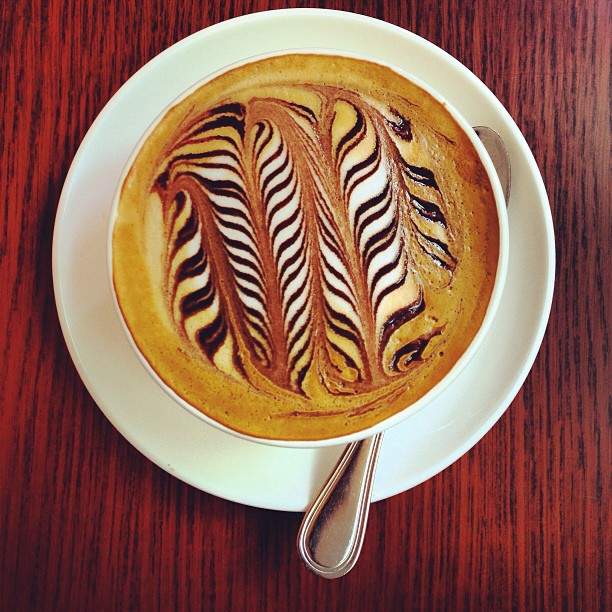 I decided to check out Caféine in Central, Hong Kong island. The name’s a nice play on the word café and caffeine, no? Or maybe the owner is French and he’s using the French spelling for “caffeine”. In Central, you can never tell.

I was enticed to drop by because apparently they’ve been named Editor’s Choice for Champion Cup for the Fork Awards 2013 by Hong Kong’s Foodie Magazine. It’s not quite the Michelin or Miele Guide so take that with a grain of salt. Having said that, the coffee is good. I’ve had better at several coffee purist locations but as far as coffee goes, it’s a pretty decent cup.