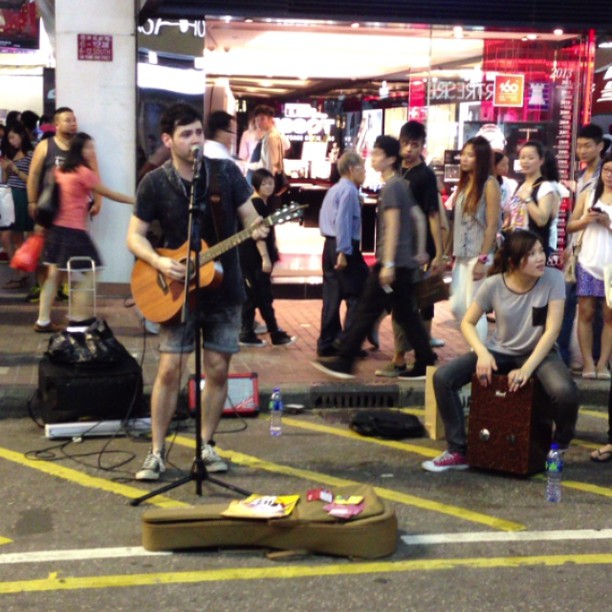 Something a bit different tonight – a white guy is busking on the street. The guitar case in front of him is closed – that means he’s not soliciting cash. There are some flyers, so I guess he’s out there promoting his show / band or just out to play to a crowd.

And play to the crowd he did. Unlike other buskers, he performed in the more “western” style, where he tries to interact with the crowd. He tried to get them to sing along and when a dog on a skateboard* (yes, a dog on a skateboard) came along, he improvised that into the lyrics too. Altogether quite enjoyable, too bad his amp was a bit on the weak side.

* Yup. A lady came long “walking” her dog.  I say “walking” because she was pulling along on a skateboard.