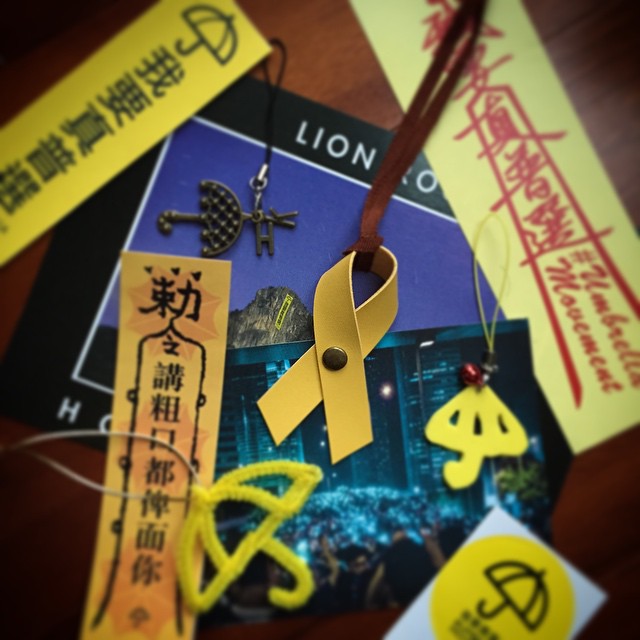 Revolutionary symbols? A small selection of the creativity of OccupyHK. The Umbrella Movement or Umbrella Revolution or OccupyHK or OccupyCentral (whichever you choose to call it) has spawned an outpouring of creativity from the citizens of Hong Kong. Each incident has spawned some sort of symbol that has then been seized upon. Teargas made the humble umbrella a symbol. Originally an Internet profile thing, the yellow ribbon has become a physical symbol, the Lion Rock banner has kicked off many other similar banners. The vivid imagery of the protests has been made into posters and postcards… and these are the small things. Large art installations come and go at the protest sites. Hong Kong isn’t just home to commerce, it’s home to a great deal of creativity too. It just hasn’t been capitalised on.